I snoozed the alarm at least three times and the urge to lie in and laze on a Sunday morning when the entire household was sleeping was a temptation that was pulling me deep into the covers.

But then I remembered how I had missed this walk the week before and maybe the opportunity would never present itself again.

So I threw back those covers and pulled open the curtains to let the sun shine on my face.

I reached the decided starting point of the walk and when I reached the end of it and hour and half later I was so much more enriched in my knowledge about architecture and was visually fortified.

If these picture astound you and make you wonder how did you miss such a great wealth of architectural prodigiousness, I suggest you get in touch with the organisation that made it possible for me to re-look at the structures that I would normally pass without being awed by their past and importance. 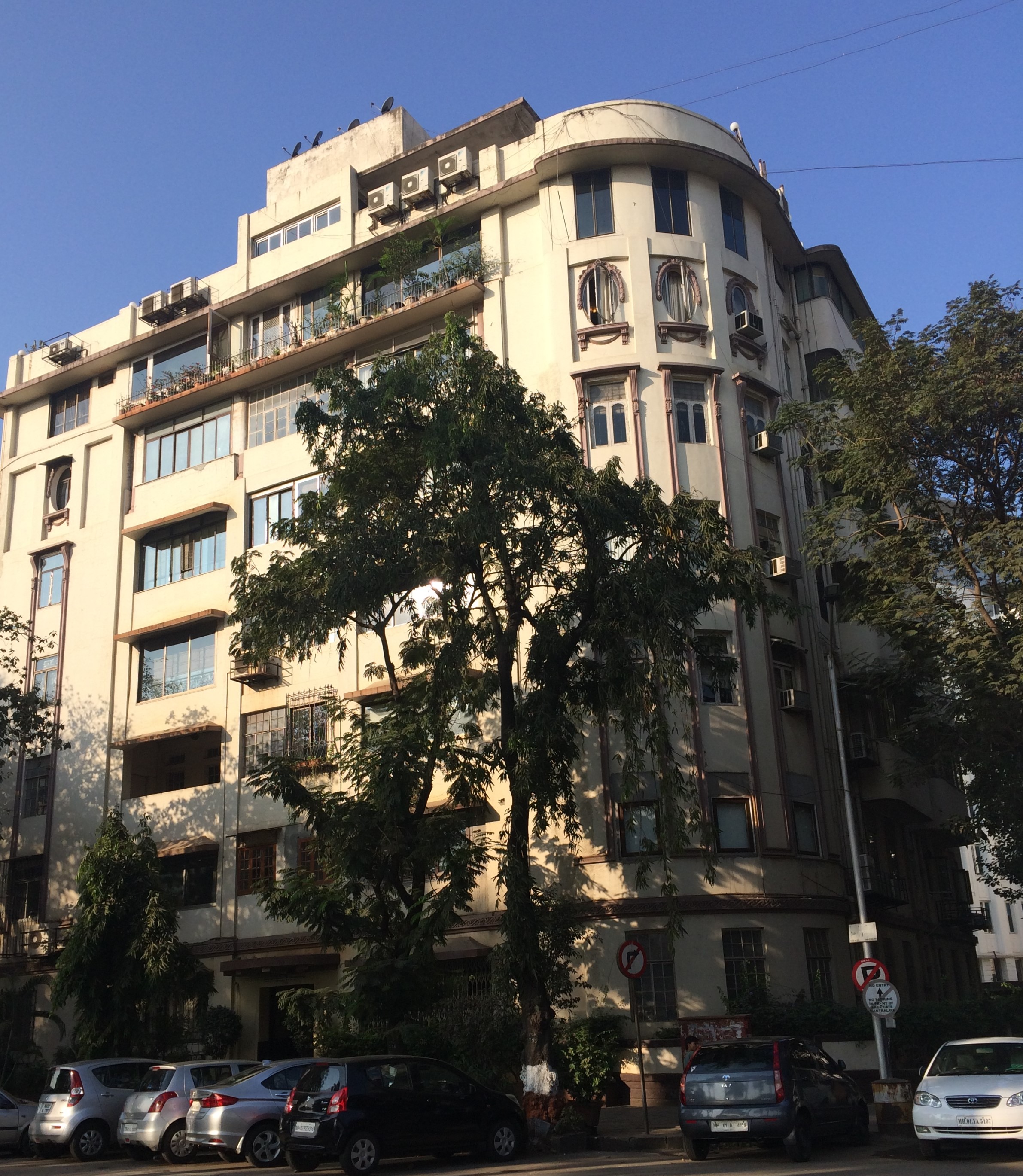 The beautiful Ivorine – french and classy

The windows that make you think of beautiful dressing tables

Oval View – a name so apt 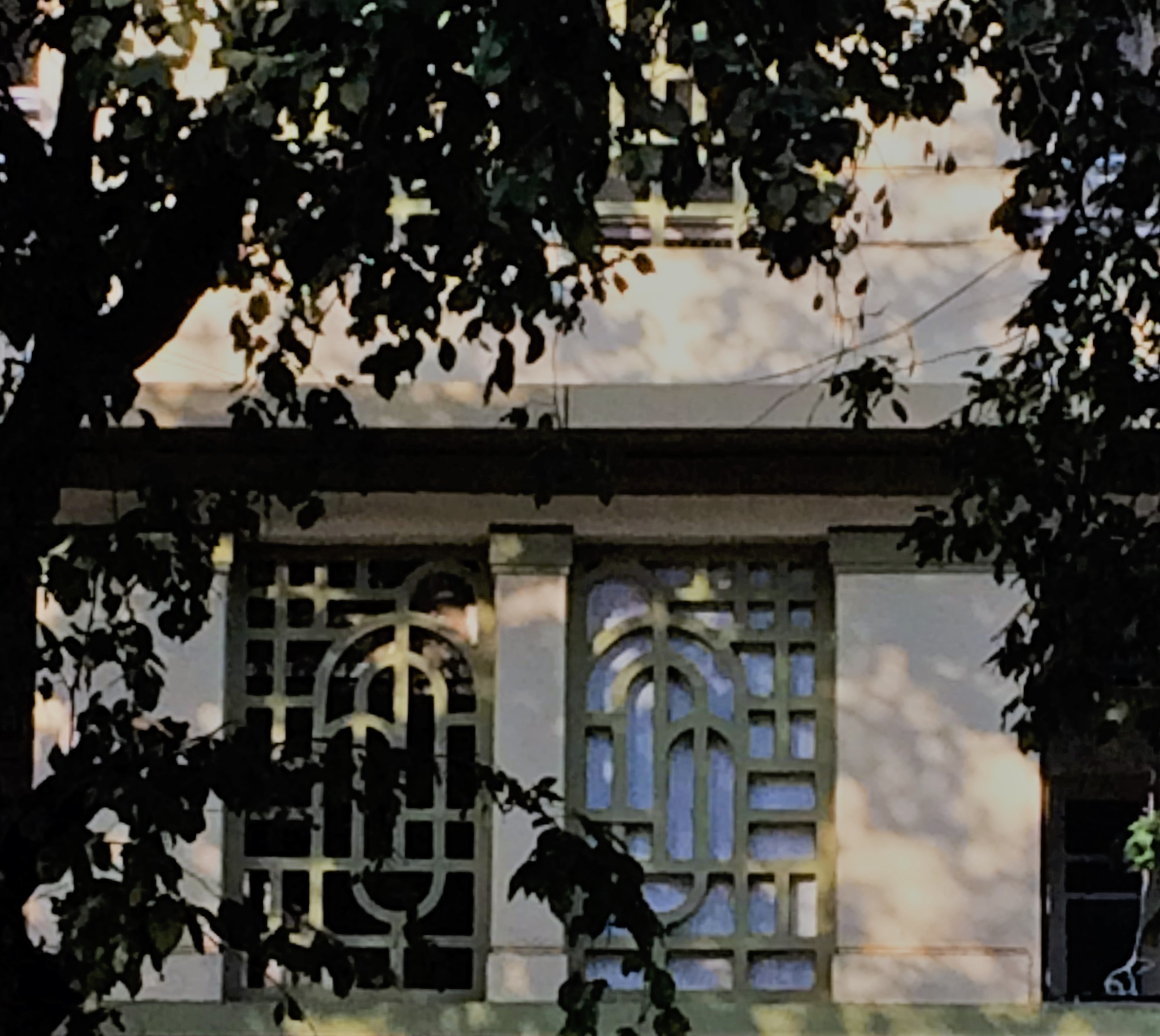 Belvedere Court and a fountain frozen in concrete grill work

The most photographed building on the walk 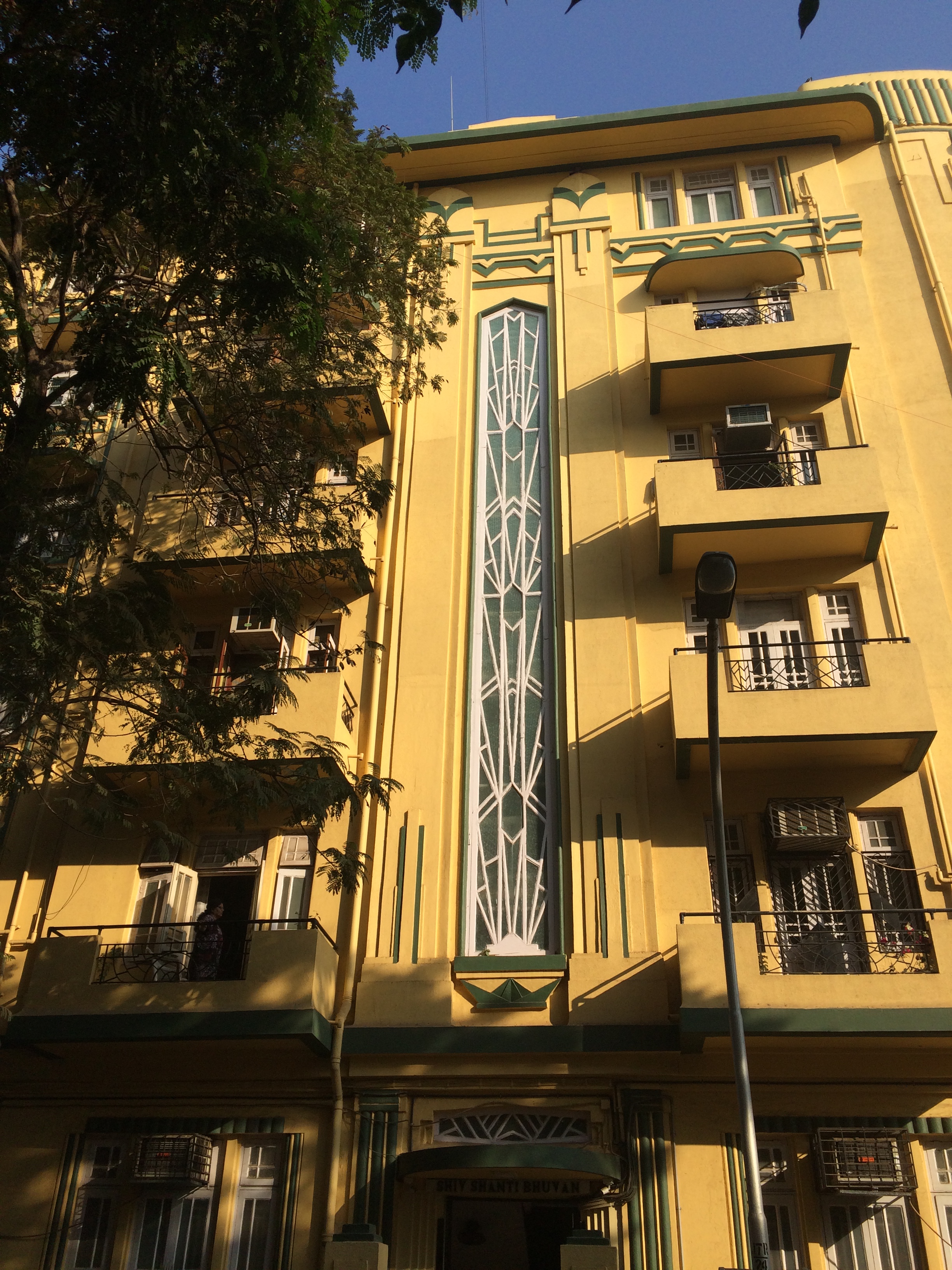 Another colorful diagonal vertical panel that brought in natural light 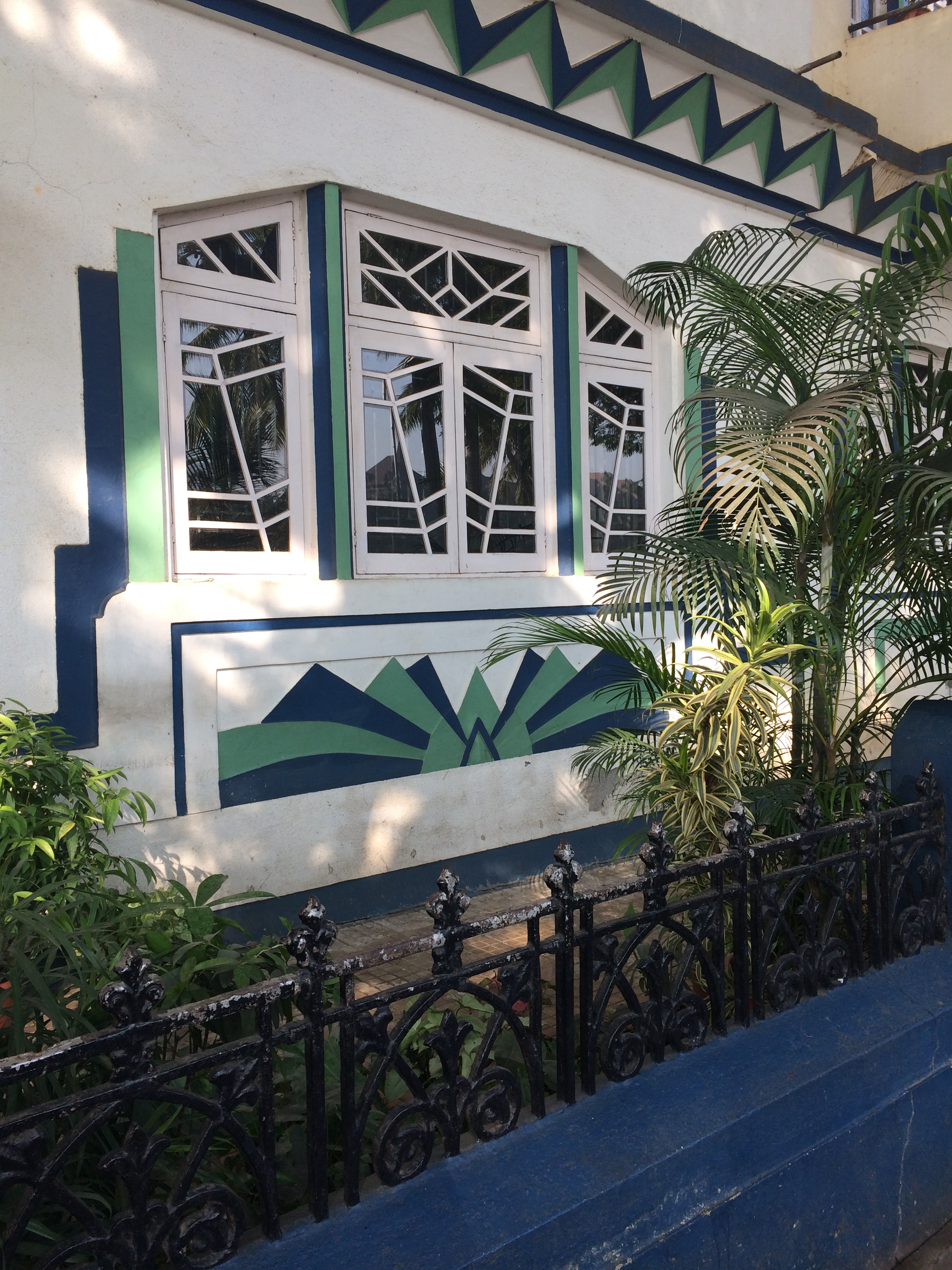 No this is not Goa – this is in Mumbai opposite the Oval Maidan, the very tropical Rajjab Mahal 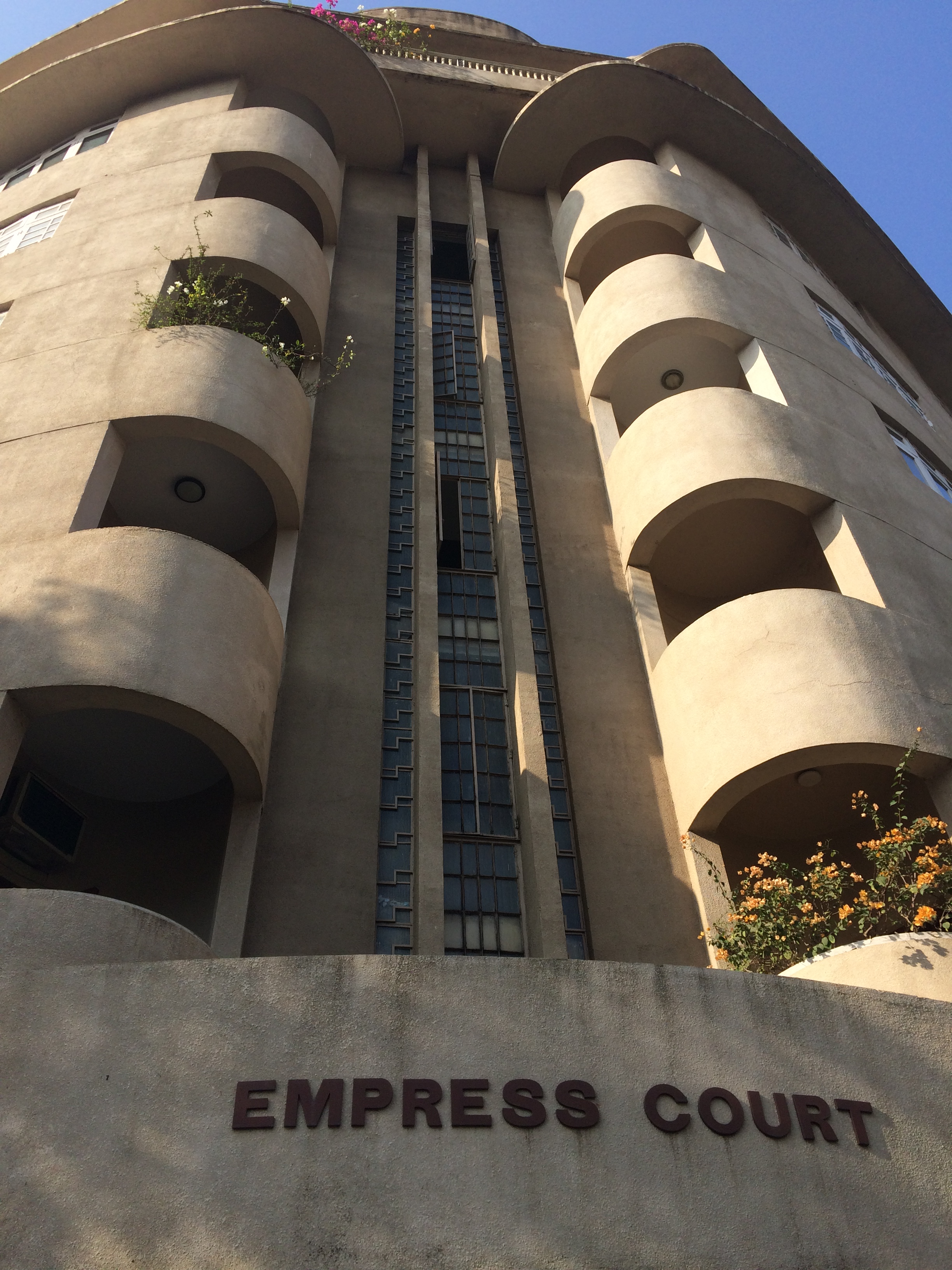 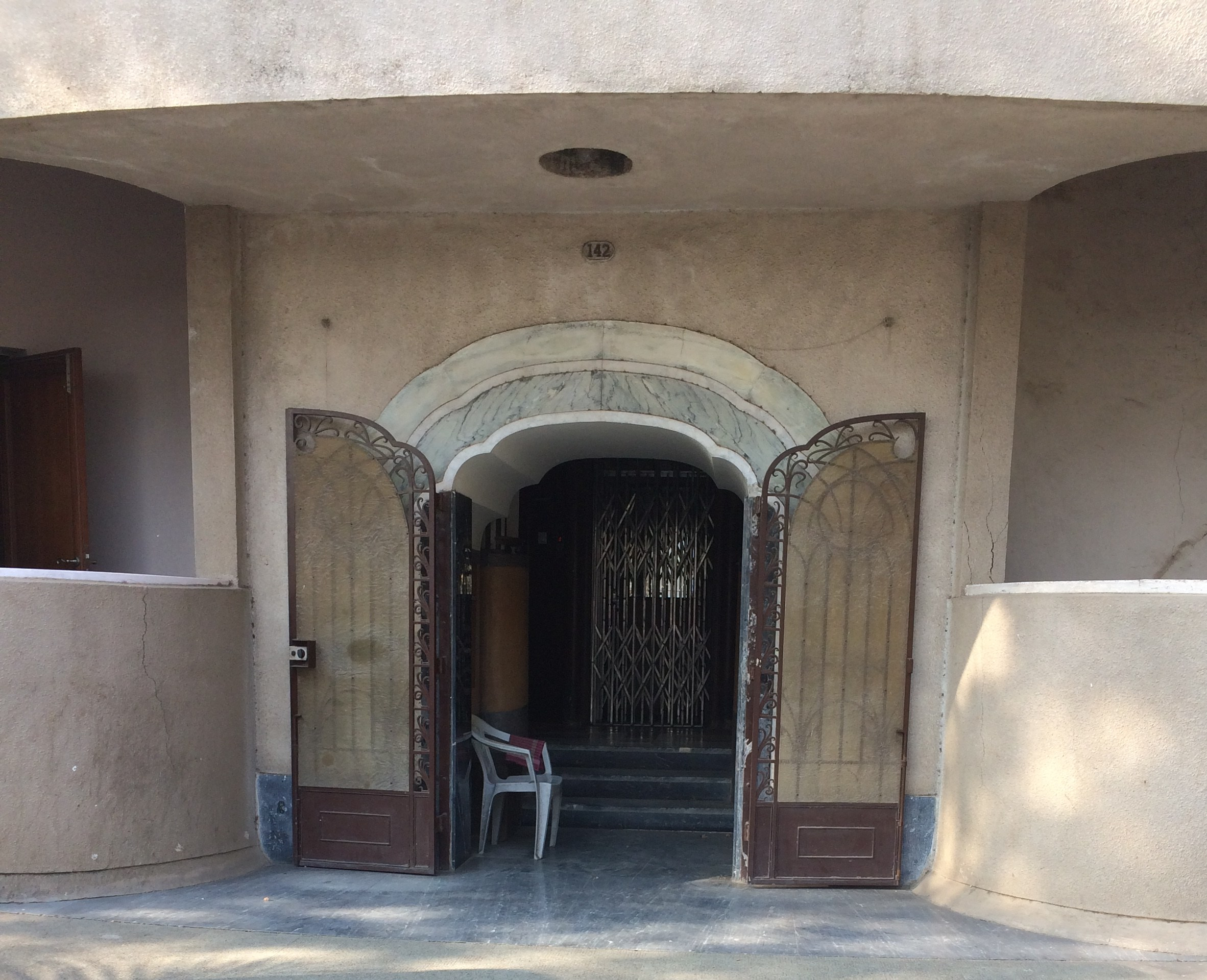 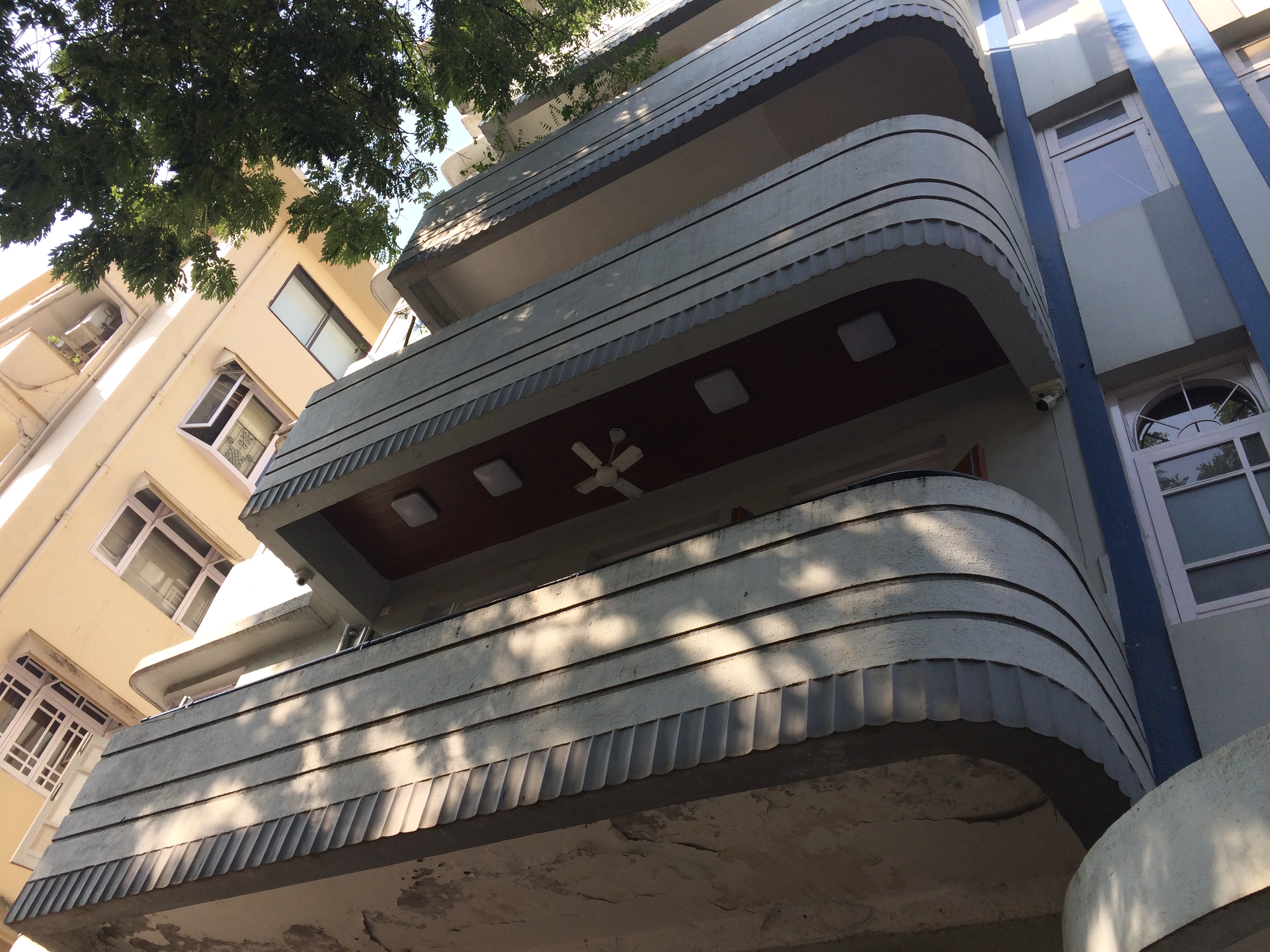 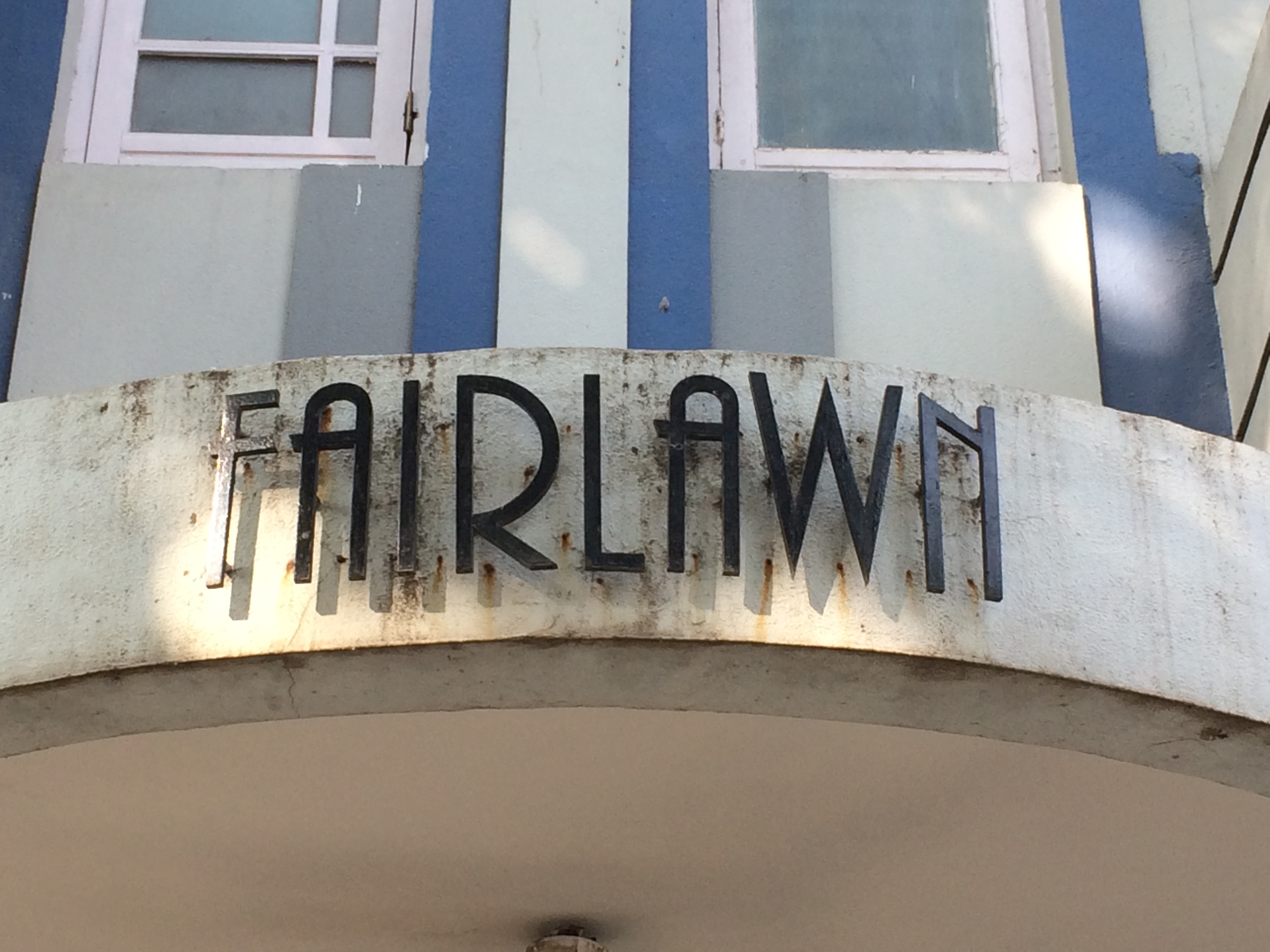 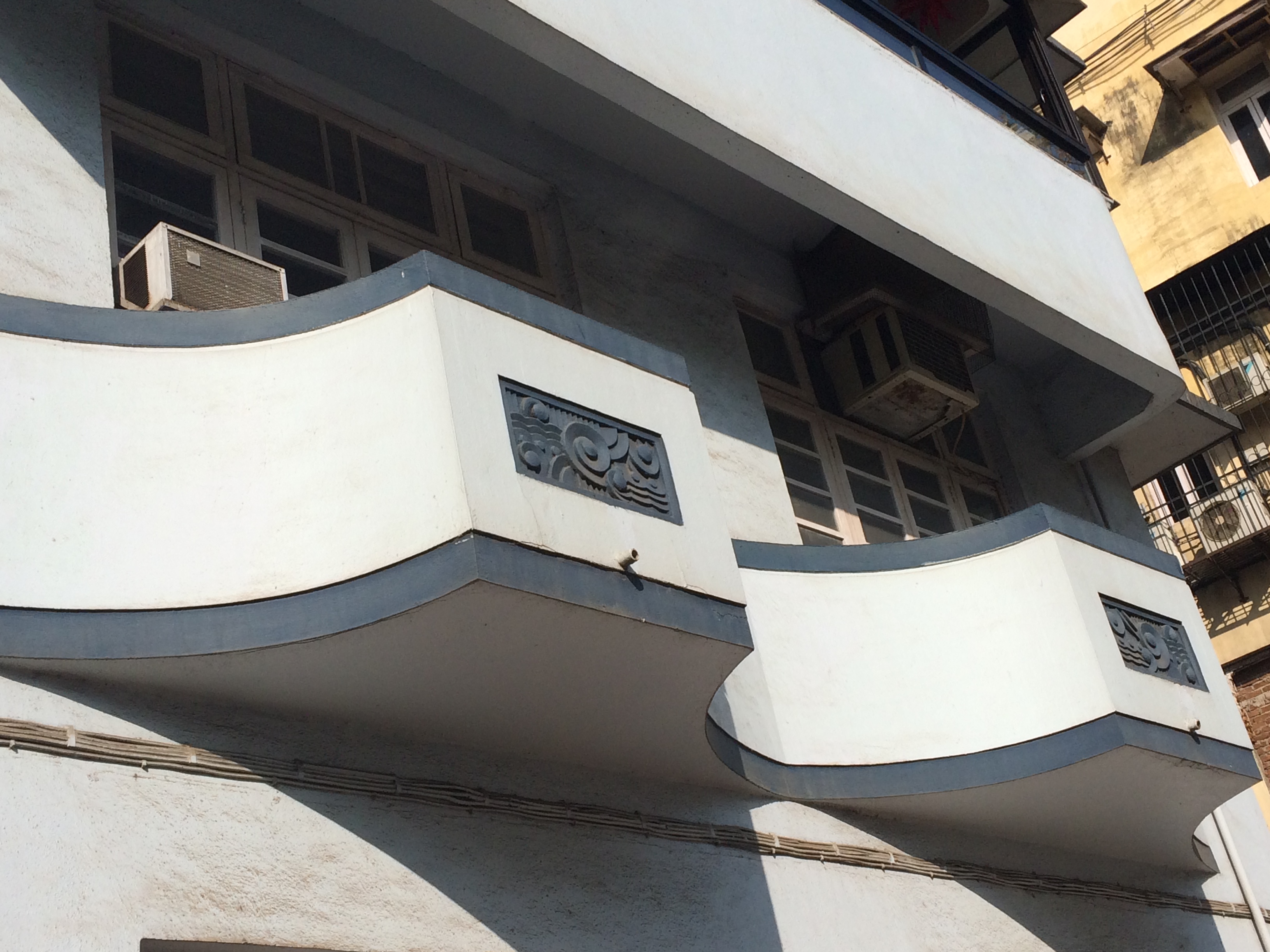 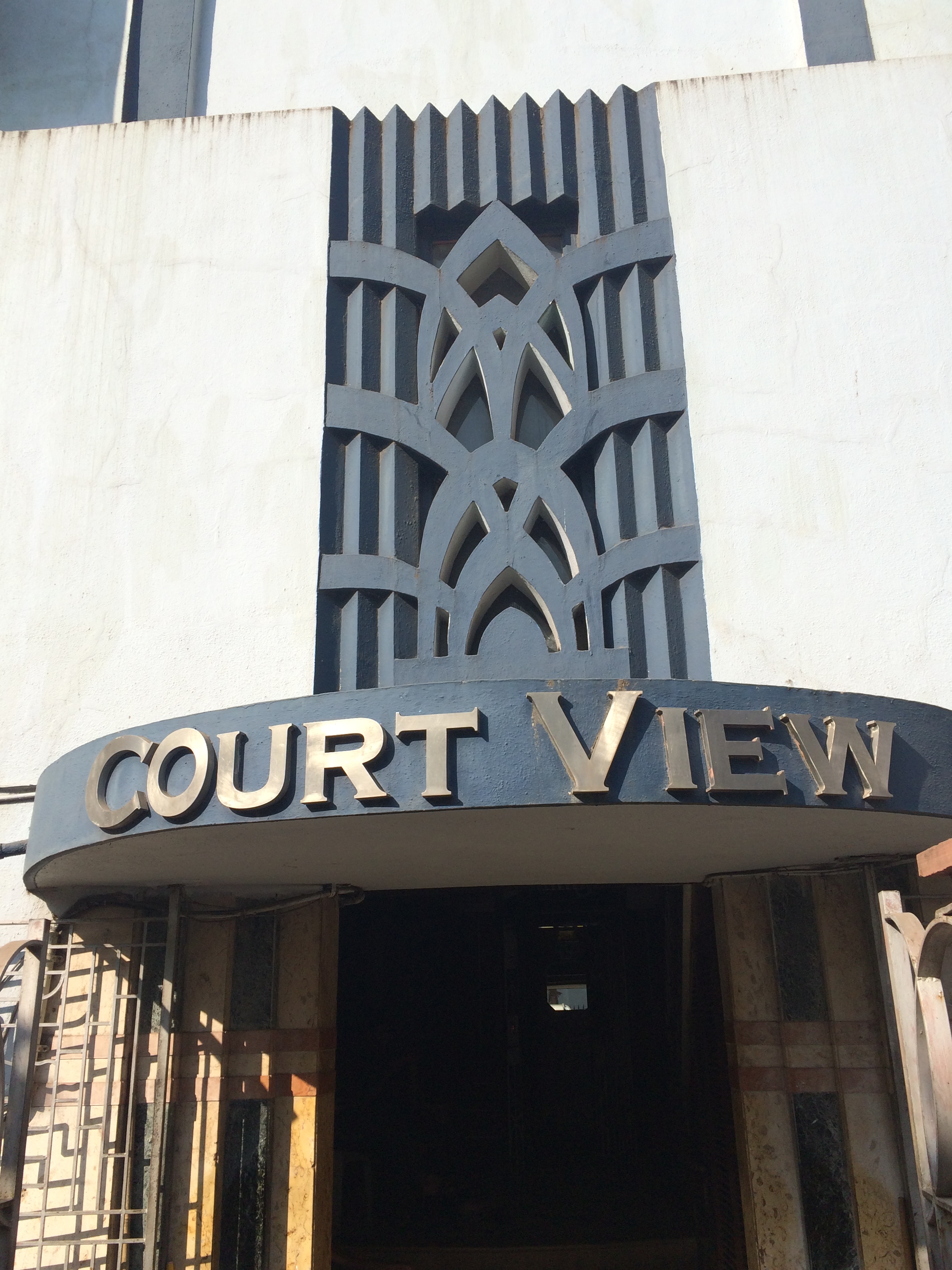 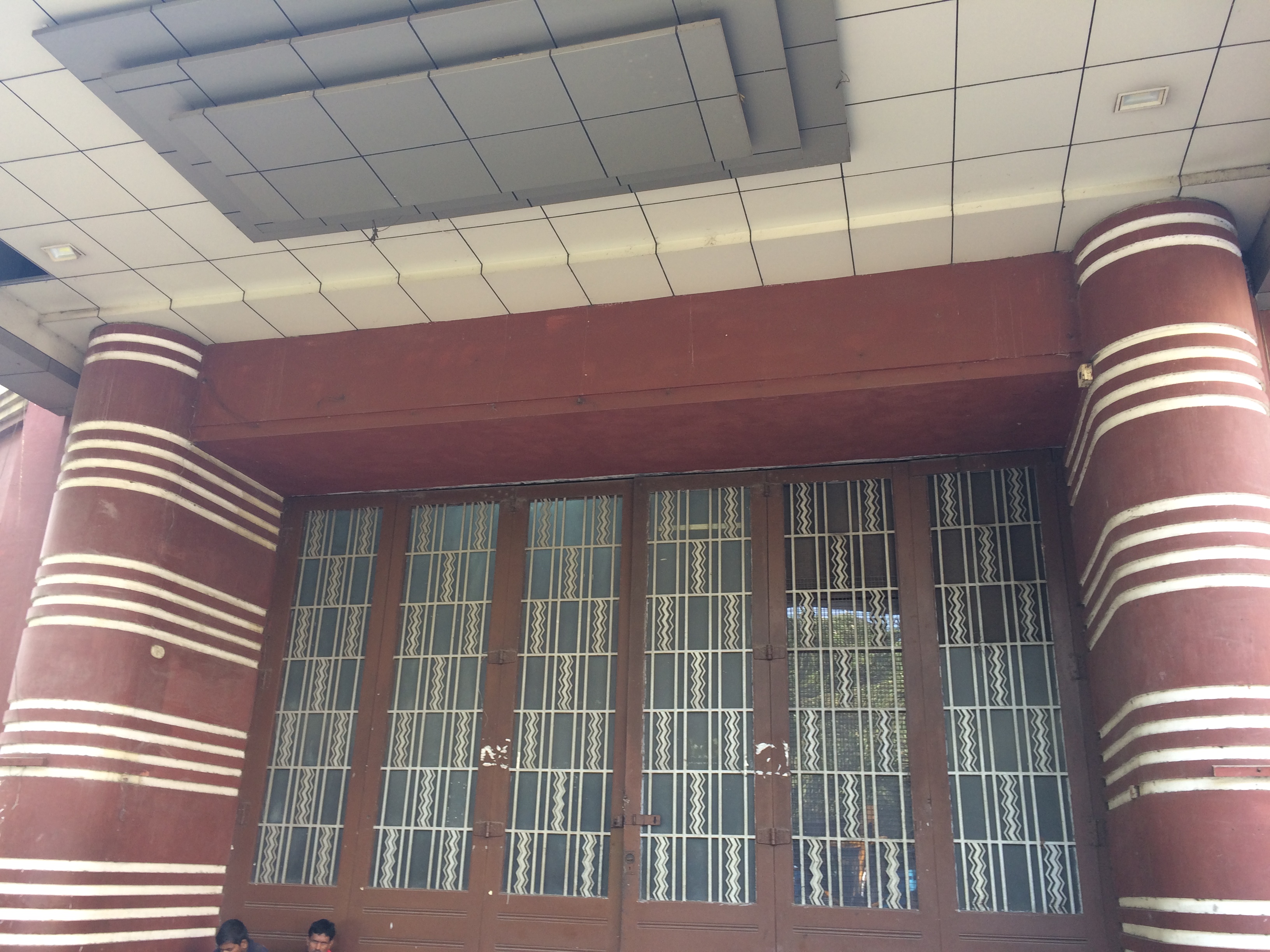 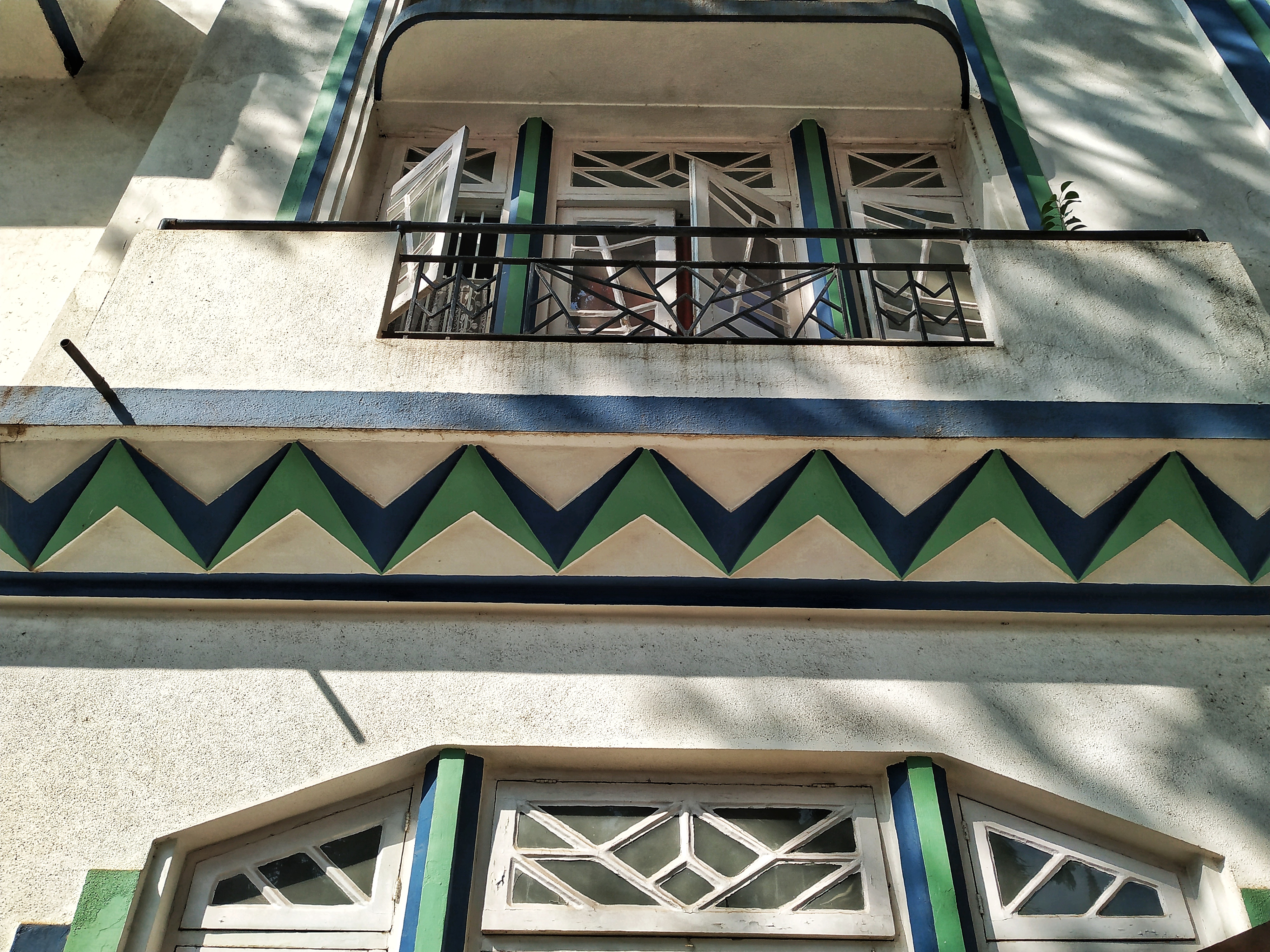