This race is a legend in the mountains of Colorado. Its name? “The Race to the Clouds”. It always takes place without safety barriers. 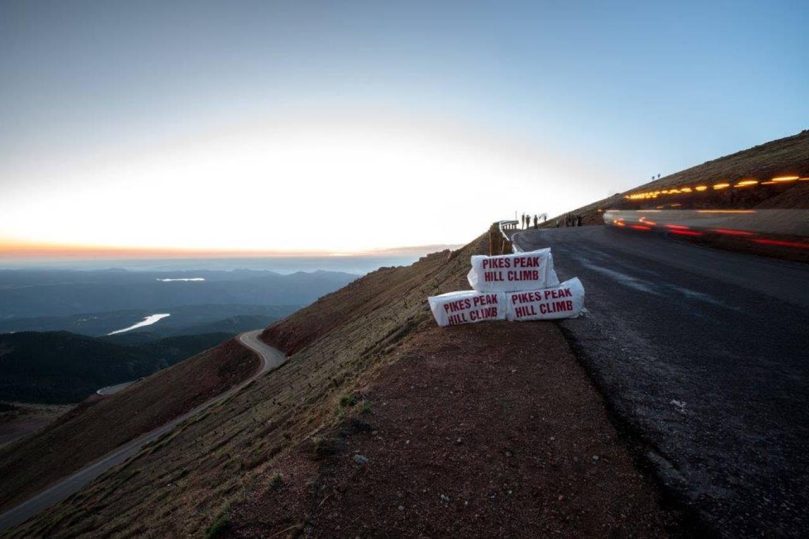 TAG Heuer – the official timekeeper for the greatest and most legendary events in motor racing history – couldn’t miss this occasion to celebrate the race’s centenary.

Colorado Springs, USA – 26th June 2016 – TAG Heuer celebrates the 100th anniversary of The Broadmoor Pikes Peak International Hill Climb as Official Timekeeper for the race, paying tribute to the magnificent performance of Romain Dumas, who finished the race in 8.51.445.

In 2016, more than 100 participants took part in the race, divided into 17 categories of cars, motorcycles, quads and trucks. The “Unlimited” category is always the most spectacular with its +1000-HP supercars.

Created in 1916 by Spencer Penrose, it is the only race in the world still worthy of the #DontCrackUnderPressure tagline.

Its breathtaking stats: the track measures 19.99 kilometres over 156 turns, climbing an impressive 1440 metres from the start line at Mile 7 (2862 m) to the finish at the summit at an altitude of 4300 metres.

It is one of the hardest races in the world – tough on the drivers and on their vehicles: the high altitudes slow down the driver’s reflexes, straining their brains and cramping their muscles, while the engines can lose up to 30% of their power.

The race has very few safety barriers. With almost no guard rails, the slightest miscalculation on a bend could send them plummeting into a ravine. And, at the track’s summit, this is some 600 metres.

The Pikes Peak has therefore become legendary for its spectacular crashes. An extreme race which has become legendary, an event in which TAG Heuer’s philosophy #DontCrackUnderPressure is particularly appropriate.